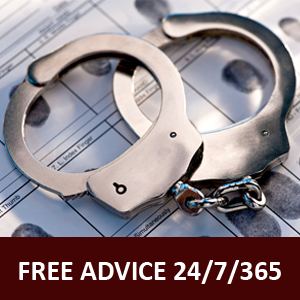 WHO AND WHAT DETERMINES A PERSON'S BAIL AMOUNT?

The bail amount is set by a Magistrate or Judge during a bail hearing at the jail or courthouse after the accused has been arrested and booked. In determining the amount of the bail, the Magistrate or Judge follows set guidelines and will consider a variety of factors, including the severity of the crime, previous convictions, the defendant's ties to the community, their relationships with family, and whether or not they are regularly employed. Bail is a method the court uses to help ensure that the accused will return for all court hearings and proceedings. Once the case is decided, the bail is discharged by the court.

WHY DO I NEED A BAIL AGENT?

Once bail is set, the accused can pay the full cash amount of the bail directly to the court in order to be released from jail. The court can also keep a part of the cash bail to pay any fines and costs. Most people do not have that kind of cash on hand. This is when they turn to the services provided by a licensed bail agent. In exchange for a small non-refundable fee, around 10% of the bail amount set by the Judge or Magistrate, a bail agent will post a bond for the full amount of the bail set by the court. Posting the bond by the bail agent with the court results in the release of the accused from jail usually in short time depending on how busy the jail is.

DO I NEED COLLATERAL TO SECURE A BAIL BOND?

WHAT INFORMATION DO I NEED WHEN CONTACTING A BAIL AGENT?

Once bail for the accused has been set, contact your bail agent with the following information:

Once the amount of the bail has been set by the Judge or Magistrate, arrangements for a bail bond can typically be made over the telephone with your bail agent. Once the paperwork is processed, your bail agent will likely want to meet you at the jail to post the bond. For many people, a trip to the jail may be an uncomfortable or unfamiliar experience but your bail agent is there to help you through it. Meeting the bail agent at the jail also helps to ensure the shortest amount of time before the accused is released from the jail. You may also go to the office of your bail agent if that is close by and in some instances, the bail agent may be willing to come to your home. Bail can also be arranged for by your bail agent for an accused friend or family member who is in jail in another county or even in another state.

Once the bail bond paperwork has been processed including the assignment of collateral if needed and the fee or premium as it is known has been paid, your bail agent will make arrangements with the jail for the release of the accused friend or family member. This usually happens after the accused has been arrested and booked into the jail and has had bail set by a Judge or Magistrate.

HOW LONG WILL IT TAKE FOR THE DEFENDANT TO BE RELEASED FROM JAIL?

Once the bail bond has been posted by your bail agent, the process of getting the accused out of the jail make take minutes or up to several hours. This is usually determined by how busy the jail is and the circumstances involving the release. You can be assured that your bail agent knows the process and is doing everything they can to get your friend or family member released from jail as soon as possible.

WHAT ARE THE DEFENDANT'S RESPONSIBILITIES ONCE THEY'VE BEEN BONDED OUT?

HOW LONG DO I HAVE TO ABIDE BY THE TERMS OF THE BOND?